What You Need To Know About A Man's Shoes

I was once told that the first thing women look at on a man are his shoes.  This was said to me by a woman, just so we're clear, and according to her everything you need to know about a man can be discerned from this one item.  Apparently, a man's footwear is the summation of his entire being.  After she said this to me, I remember thinking "that's fucking stupid," but I didn't want to be rude so I remained silent.  Fortunately, at the time of receiving this insight I was actually wearing flip flops, so I was thankful to have evaded her penetrating analysis (or could it be that she was analyzing my toes???!!!???).  Regardless, now that many years have passed and this woman has long forgotten me, I think it's finally safe to come forward.

Here's what I think a man's shoes tell you about the man: nothing.  It's not that a person's shoes don't reflect who they are - it's that there are a multitude of traits and characteristics to which a given pair of shoes could potentially allude.  If a man is concerned with his image, his attire will certainly reflect that, and in turn, his shoes will probably look snazzy.  But then the question is, why is he concerned with his image?  Maybe such concern stems from his line of work and how he is perceived by his associates.  Or, maybe he's simply an ego maniac who is obsessed with his image.  So for those tempted to automatically conclude that a man with snazzy shoes is a respectable individual who takes pride in himself, always remember to consider the alternative possibility that he only cares about looking good and doesn't actually give a shit about you.

Taking another example, if a man is a complete mess in life, then his shoes may indeed be a mess as well.  But slow it down Speed Racer, because embarrassing footwear could also be indicative that he's got larger priorities in life - maybe he spends his days volunteering at homeless shelters and simply doesn't have an interest in looking spiffy this evening.  Moreover, don't discount the possibility that some may intentionally adorn a pair of shoes as a means of deception…that individual wearing Christian Louboutin red bottoms may not be as upscale as he appears, and for all you know those shoes may even trace back to a corpse in the trunk of a car somewhere (and this person is about to cut out your pancreas as soon as you get back to his place).

As a final example, if a man is wealthy, then he will very likely have nice and expensive shoes.  But don't start fawning when you see a man with nice shoes out and about - for all you know, the money he spent on his shoe collection should have gone to paying the child support.  How many wealthy scumbags can you think of?

I trust we all get the picture.  In case anyone thought otherwise, the above is equally applicable to female footwear.  And the same principle applies to suits, cars, and other items of status.  Things are just things.  Nothing more.  In and of themselves, they can't tell you anything definitive about a person's past, present, or future standing, and they certainly can't tell you anything about the content of a person's character.

FYI, when it comes to me personally, I buy a new pair of shoes once my current footwear begins to get holes in them.  What does that say about me? 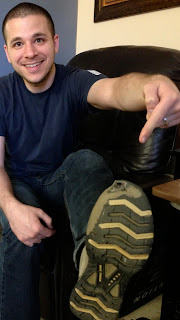 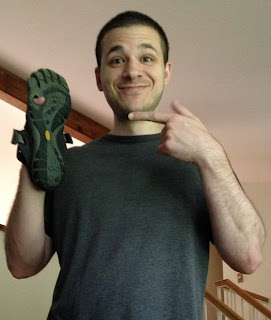